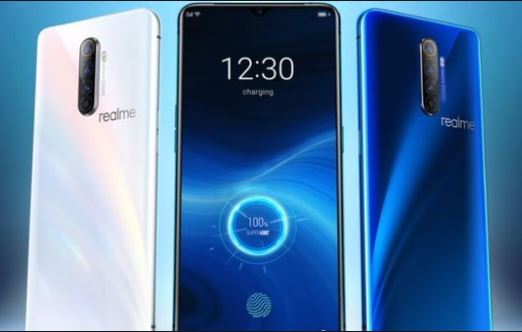 Oppo spin-off brand Realme has launched its new flagship smartphone under the X-series Realme X2 Pro.Realme X2 Pro has got the Master edition as well Red Brick and Concrete colour and is available in 128GB+ 256GB variant at Rs 34999.First impression aren’t the last impression and Realme should be thankful that in this Realme takes a revolution challenge with others. Not only the looks but a standard Realme smartphone. You can see a massive change in performance, premiumness make its presence felt. Its comes with Gorilla Glass 5, alumunium frame making it more superior than any of the Realme smartphones.

It uses a snapdragon 855+ with UFS 3.0. Primarily, the Realme X2 Pro is powered by a 50W Super VOOC Flash Charger which charges the phone to 100 percent in about 35 minutes. It is equipped with a 4000mah battery. The Smartphone features a rear quad camera set-up consisting of a 64MP main lens, a 13MP 2x optical zoom lens,an 8MP 115″ Super Wide-Angle Anti-Distortion lens and a portrait lens. The 64MP main lens has f/1.8 large aperture. The phone comes with a 16-megapixel selfie camera. Other important features of Realme X2 Pro include in-screen fingerprint sensor, dual nano-sim, bluetooth, and 3.5mm headphone jack. The x2 pro also gets an optical in display fingerprint sensor. The Realme x2 Pro is the most affordable smartphone featuring a display with 90Hz refresh rate. The only others phones in India to features a similar display include the oneplus7T,Oneplus7T Pro and Nubia Red Magic 3s and the Asus ROG phone 2(which gets an even faster 120Hz refresh rate display). Realme X2 Pro comes with Neptune Blue and Lunar White.