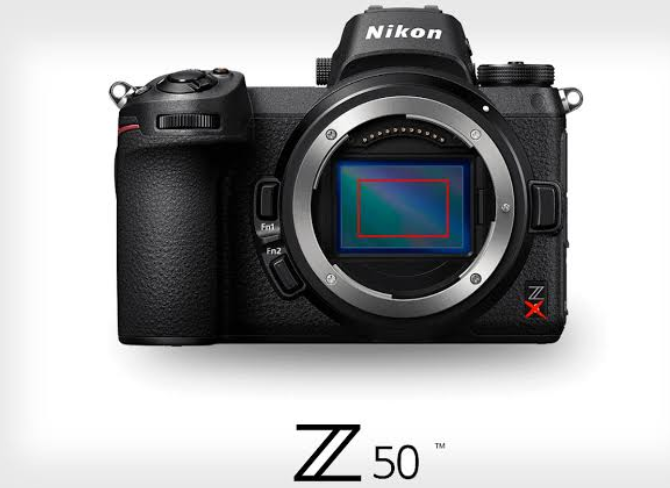 The ACE of camera industry NIKON has announced the Z50, Nikon first DX format mirrorless camera. The Z50 is equipped with the Z-mount, which is compatible with both the Nikkor Z DX and Nikkor Z FX. According to Nikon this product has been launched in India around November 2019 first week. So today we will speak about design and build quality, key features, Ergonomics, performance, value for money etc.

Nikon D50 it has an effective pixel count of 20.9MP and is the first Nikon DX-format camera to be equipped with a CMOS sensor that incorporates focal-plane phase-detection AF pixels.The 209 focus points cover approximately 87 percent of the imaging area horizontally, and approx 85 percent vertically. The hybrid AF system uses an algorithm optimised for the DX-format sensor, and focuses by automatically switching between focal-plane phase-detection AF and contrast-detect AF. The Z50 is equipped with eye-detection AF, which recognizes and focuses on an eye of human subjects,even as they are moving. AF eye detection can also be used when Nikkor F lenses are attached using the FTZ Mount Adapter (Optional). More over the AF system built into the Z50 makes the camera able to focus better in darker situations by focusing automatically in surroundings as dark as -4EV. The AF and auto-exposure continue to function with high speed continuous shooting at approx 11fps. Adoption of the CMOS image sensor, along with the EXPEED 6 image-processing engine,has made a board range of standard ISO sensitivities, ISO 100-51200, possible. The camera is also equipped with features such as mid-range sharpening and creative Picture Control. The Z50 has a 3.2inch, approx 1040k-dot tilting TFT touch-sensitive LCD monitor that supports touch operation that smartphone users will find familiar.It also supports recording of 4k UHD movies without any crop. Further the SnapBridge app can be used to transfer photos and videos recorded with the camera to a smart device.